If you have been following trends in Japanese subculture in the recent years, you may have heard of Kantai Collection, a browser game from DMM.com and Kadokawa Games that features personifications of World War II-era warships.  Like any popular franchise, other companies have been trying to create lookalikes of Kancolle. But in recent months, a game has successfully stood on top of other games, even comparable to Kancolle’s popularity in Japan. Yes, it is Azur Lane! With a separate Japanese version published later, it has managed to create a boom that even rivals Kancolle in Japan for being able to offer something original.

Azur Lane is a Chinese side-scrolling mobile video game set in World War II in which players control World War II battleships anthropomorphized as anime girls. Since being released in China, the game has since been released in Japan and Korea, and an English released is planned for 2018. Azur Lane was developed by Shanghai Manjuu and Xiamen Yongshi and released for iOS and Android on May 25th, 2017. The game was published by video-sharing website Bilibili in China. And it was released in Japan on September 14th, 2017, published by Shanghai Yostar, and in Korea in February of 2018 published by XD Global.

The Japanese release made the game widely popular among all the anime and dating simulation circles around the world and has amassed a growing following. Its official Twitter account has gained over 8,900 followers. Its Facebook page has over 13,000 likes. The game has an extensive Wiki as well as a page on TV Tropes.  On YouTube, popular videos about the game feature tips and overviews. With over five million online players in Japan only, the game has a huge community around the world. Based on its popularity around the globe, an English-language version was announced by Shangai Yostar in June of 2018, with a 2018 release date planned.

In the game, players control anthropomorphized versions of naval ships from armies in World War II, namely the fleets of United States Navy, Royal Navy of United Kingdom, Imperial Japanese Navy and Nazi Kriegsmarine. Players use strategy to recreate naval battles loosely based on those from the war. More than 250 characters have been included in the game. The game has received some criticism for its similarity to other more anthropomorphism titles such as Kantai Collection and Girls Frontline. However, the game proved very popular in China, contributing the majority of Bilibili’s revenue the quarter it was released. It also was massively popular in Japan, surpassing over five million players. Hong Kong media outlet HK01 noted the game differentiated itself from Kantai Collection with less luck-based gameplay.

Starting today, you can now download the English open beta of Azur Lane. If you like playing this game, If you are a fan of Azur Lane, or if you want to prepare some annual Halloween gift for your anime-loving friends, then this article will help you a lot. We have listed some of the most popular Azur Lane dakimakura hugging pillows for your choice. You can also have your favorite Azur Lane video game character printed on as the store offers custom-made dakimakura pillow covers for free. Now Let’s have a detailed look!

Atago is the sister of Takao, in the game she has black long hair, big yellow eyes, and dog ears. As one of the most popular characters of the game, Atago has a huge following and a huge amount of fans. If you also like Atago, why not take home this Atago Japanese Dakimakura Hugging Pillow Cover at this Halloween. You can choose from different size, different material, different style at a reasonable price at Coosfly. In addition, you can choose two different anime characters, we can print it for you on both side. If you do not find your favorite version of Atago, just send us your favorite pics, we can also custom-made it for you without any additional fee charged. 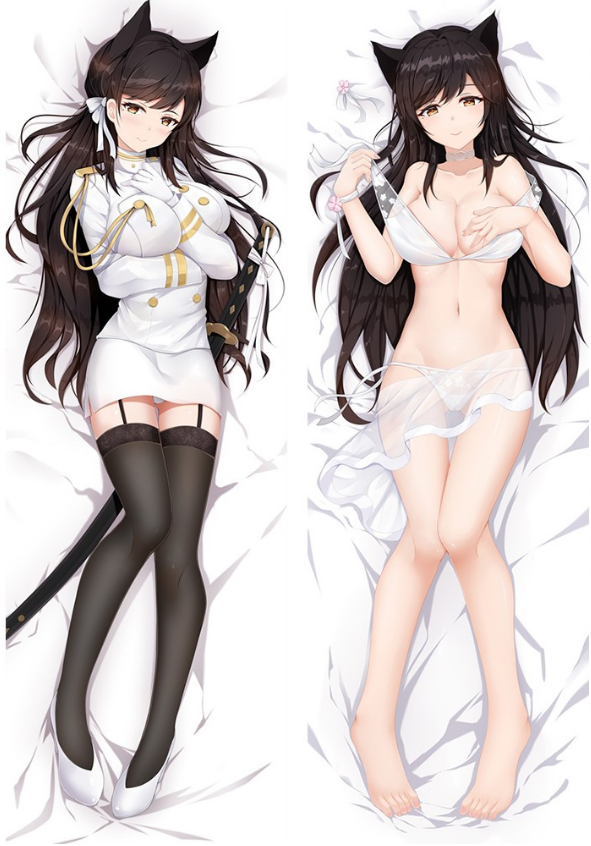 Being one of the most active characters in Azur Lane. Akagi has the appearance of a Nine-tailed fox with a red kimono suit and short dresses. She has long brown hair and red eyes. Her character in the game can be said to be a “Yandere”.Akagi was an aircraft carrier serving the Japanese Empire during World War II, her name being named Akagi mountain in the present Gunma Prefecture. During the Battle of Midway, Akagi and other carriers were attacked by Enterprise, Hornet and Yorktown aircraft. Enterprise’s dive bombers have damaged her. 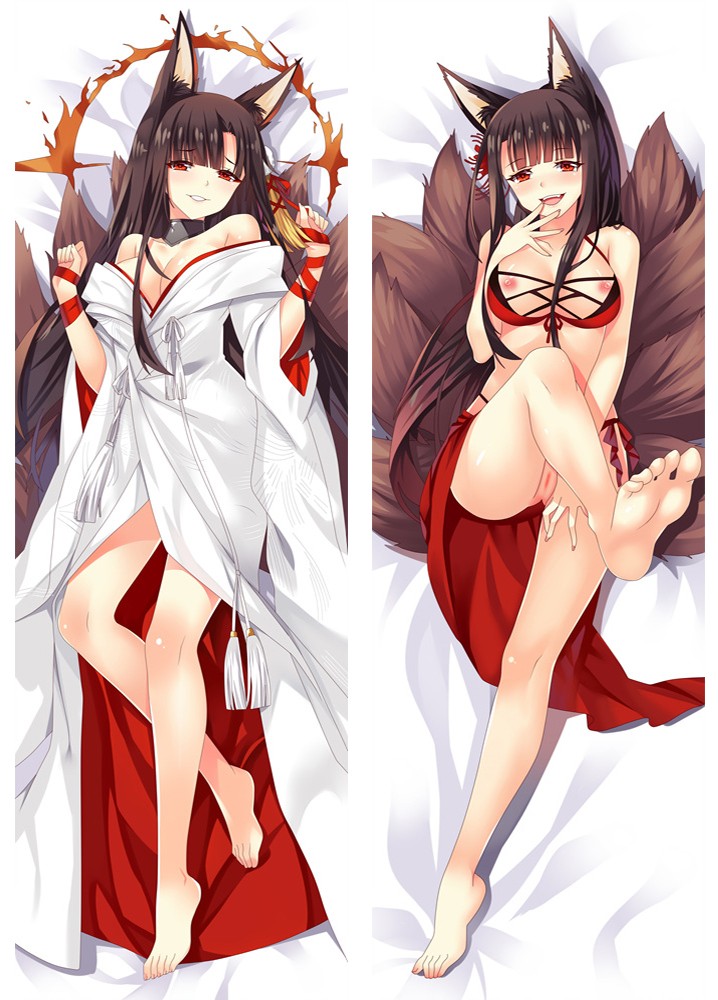 The Vampire belongs to the Destroyer class-V and is part of the Elite in Azur Lane. The evasion rate of Vampire ranges between 73 and 179. With a 100% slot proficiency, Vampire is laced with 102 and triple 533 mm torpedos. The weapons include a small gun, torpedos, and an AA gun. As one of the fastest shooters in the game, vampire can launch torpedoes in every 25 seconds. Vampire is not a part of such a daring class but causes much more damage to the enemies than the rest. If you are a fan of this amazing character from Azur Lane, you are in luck. Coosfly offers dakimakura pillowcases for this daring character, bring her home now! 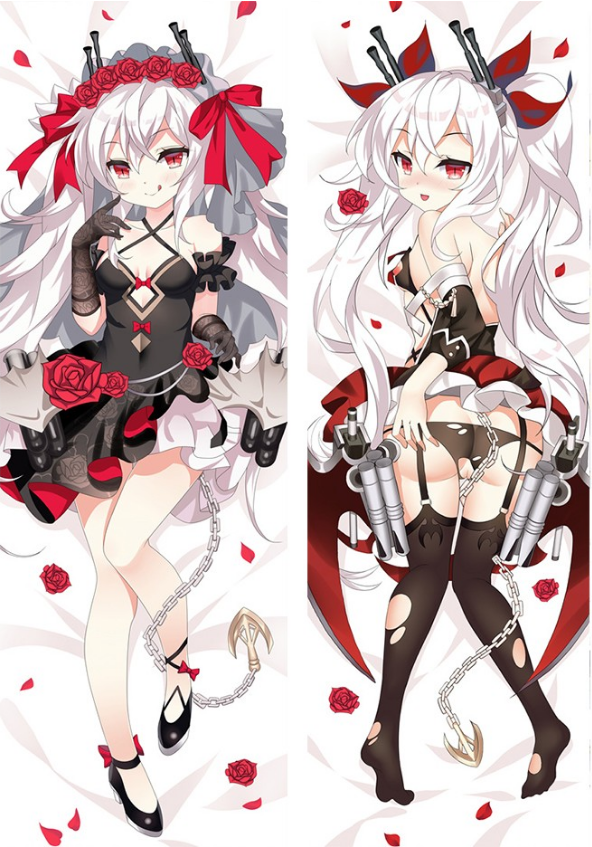 A supporting carrier, Unicorn is a shy introvert. She never left her friend “Cheery” behind. Unicorn developed her admiration for Illustrious during her maiden voyage, and she wanted to become someone like her. She looks very young just like a little girl as he has a small and Petite figure. Bring home this Unicorn Dakimakura Hugging Body Pillow, you will no longer feel alone at night, she will become your best companion. 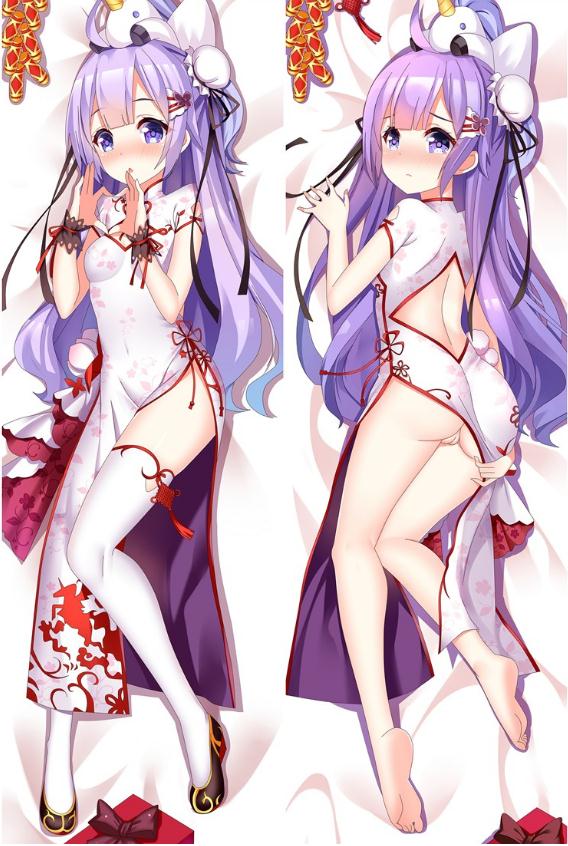 Illustrious is a heavy-armored carrier, who is loyal to the royalty. As a heavy carrier, defense is her strength, but that raised the center of her gravity a little bit. Her curvy yet oversized… peaks are bothering her from time to time. Illustrious is a beauty in Azur Lane, she has light purple long hair with purple eyes. She always wears a blue outfit who look very attractive. Imagine that hugging your Illustrious dakimakura pillowcases along with 3D Breats Oppai in your arm, the feeling is really amazing! 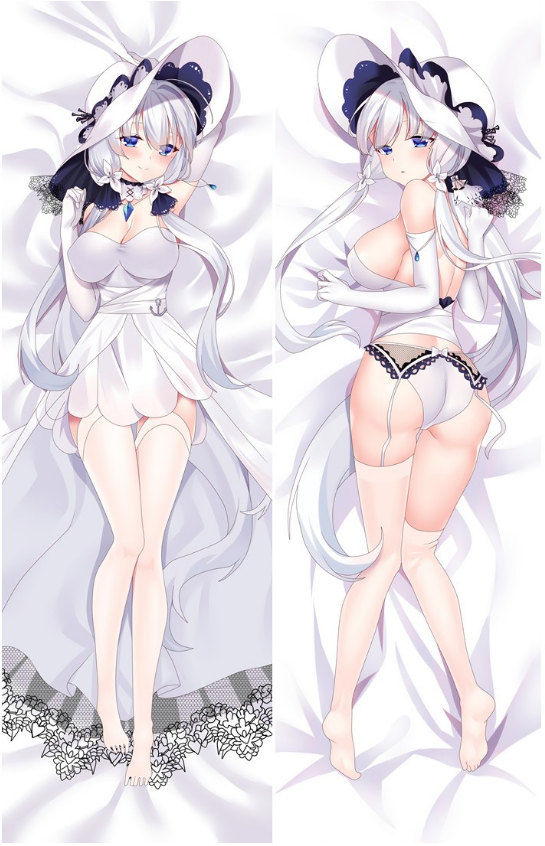 Prinz Eugen is another versatile character from Azur Lane video game. This particular character appears in a white short skirt. And she is one of the most adored and well-liked characters of Azur Lane. So she’s body pillow case have many different kinds of version and designs. What’s more, it’s a double side printed dakimakura cover printed with Prinz Eugen life-size portrait. If you are a fan of this particular character, you’ll love the vivid colors of the image with the soft material. 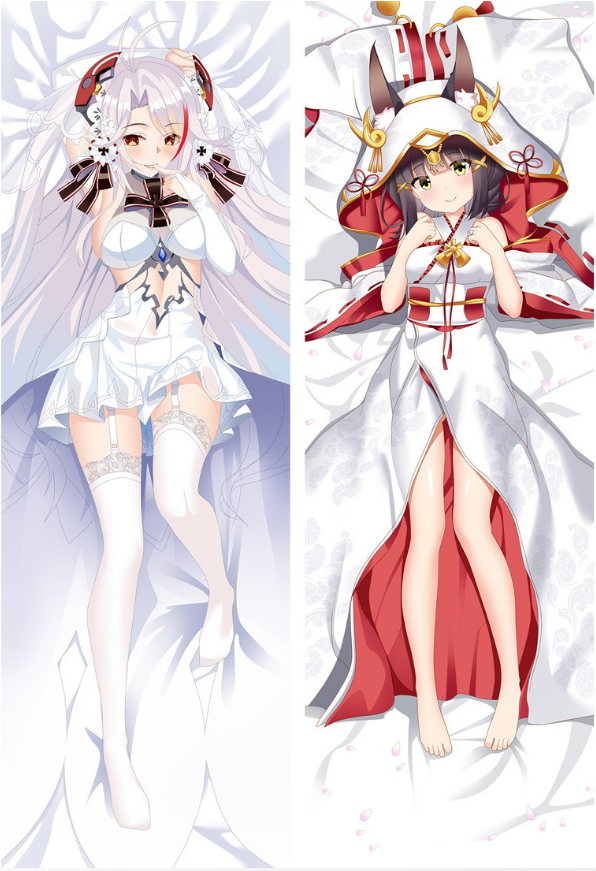 Part of the type-II Ayanami-class destroyer, Ayanami is the first ship of the special order. She sometimes called as Demon, is one of the most prominent Azur Lane characters. Based on her overall appearance and the special abilities she has in the game, most of the Azur Lane players prefer Ayanami being part of their fleet. Coosfly offers a variety of Ayanami Anime Dakimakura Body Hug Pillow. You can have a lot of different images printed on demand and the custom printing facilities are also available. Material types such as Peach Skin, Smooth Knit, Super Soft Velvel, and Two-way Tricot are available at the store to meet your need. 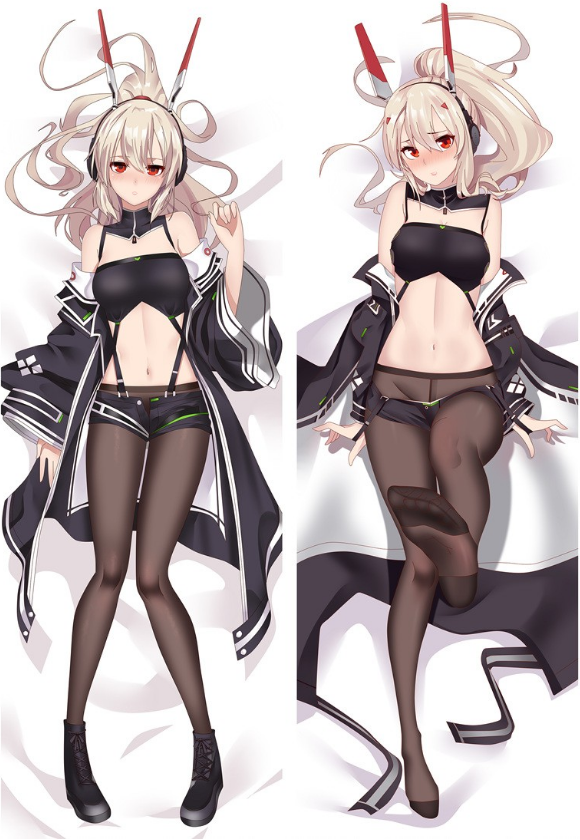 Belfast anime dakimakura body pillow is also one of the best sellers recently. If you are a Belfast fan and searching for your favorite dakimakura pillowcase online, Coosfly absolutely your best choice as we provide Belfast Dakimakura body pillow cover in various fabric, types, and dimensions. So, now you don’t have to worry about buying any poor quality items as Coosfly offers it in the best quality that adds real value to your money. 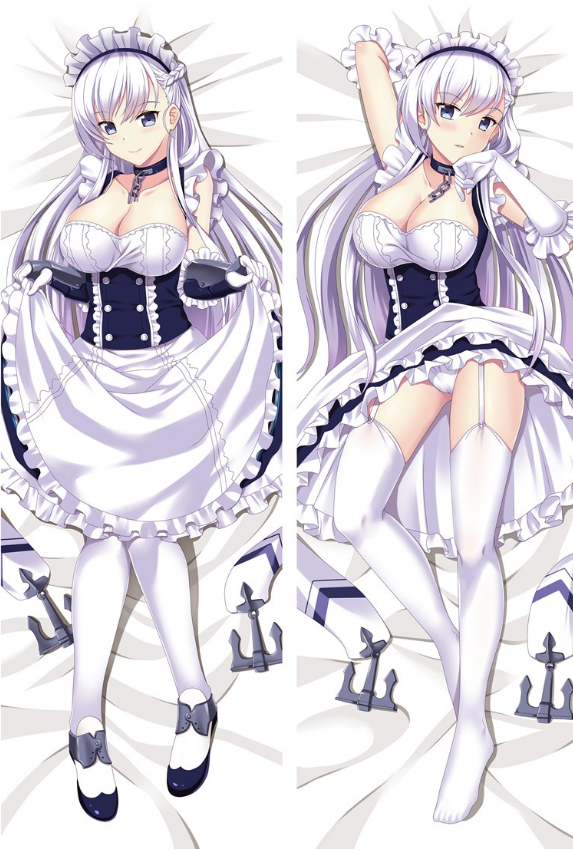 Takao is one of the most popular and well-liked characters of Azur Lane. This particular character also goes by the sensored name “Mastif”. She styles herself in a white military uniform with a black pantyhose and a white mini skirt. With long black hair and a pony-tail, she has the Animal Ears just like all the other Sakura Empire ships. Based on the level of powers, special skills, and all the battling abilities, Takao has a very special place in the game. 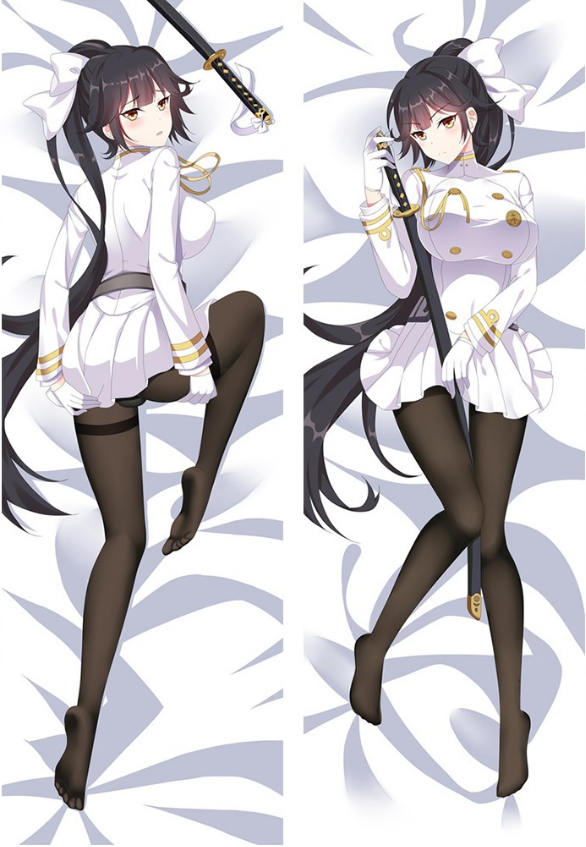 We will keep updating new hot anime characters body pillow cases every month.Welcome to our store Coosfly and choose what you like. Take them home now! If you have any other questions about Azur Lane anime dakimakura, such as how to wash, how to choose, how to hide, how to custom and so on, please click the links below to get more details: